When will the Feelfree Overdrive Pedal Drive Be Out? 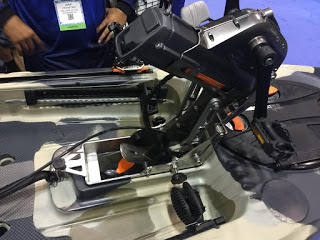 When Will the Feelfree Overdrive Pedal System Be Out?

So the questions keeps getting asked all over the internet, and I get at least 2-3 phone calls or emails a day on the subject, so I decided to do some investigative work for you guys.

I had a long talk with Jim Hager (President of Feelfree US) and he filled me in on whats been going on behind the scenes.

At this time it’s a bit of a good news bad news situation. Feelfree has been working incredibly hard to source the best quality parts for the drive. They are working with folks in the marine outboard industry and have found a couple vendors who are the best in the field. The main concern for Feelfree right now, is making sure the drive that hits the market is dialed in, and is the best quality they can possibly get. The last thing any of us want is have them rush to market with a drive only to be met with failures and warranties.

So the most accurate lead time I was able to pull out of Jim was early Summer 2017. I know I know, don’t kill the messenger! At I cast they were forecasting a spring delivery, but as with many new products, those time frames get pushed back as the product gets closer to launch. He did say that all the tooling was done, and production parts for the drives are rolling in daily. He also said that he was able to test the production drive and was blown away by the leaps and bounds that have been made since the prototype was tested in July. See that video here.

In my talk with Jim he seemed to have way more up his sleeve than he was leading on. Although he’s disappointed in the delay, he’s also very excited about the future. I get the feeling the Overdrive system is just the tip of the Ice Burg of what may be coming down the pipe for Feelfree, but only time will tell.

For now I will leave you with my interview with Feelfree’s head designer and mastermind behind the Overdrive Peter Murphy.